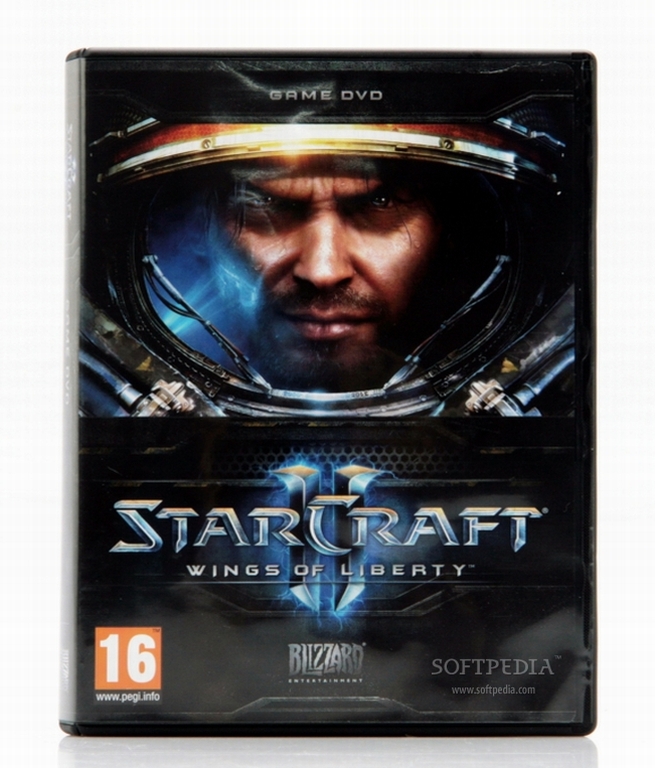 Starcraft is back and it’s as better as it was ten years. The overall world of real time strategy might have morphed, taking on a more tactical and role playing shift in Warhammer 40,000: Dawn of War 2 and a previously lost grandeur in Supreme Commander 2. But Starcraft 2 is not a game that innovation lovers will love. This is as classic as it gets, with twists limited to new units and some interesting gameplay modifiers like lava and night and day cycles. Those who played the original will be right at home. New comers will be impressed by the production values and by the attention to detail. Hard core Blizzard fans will be pleased to play something from the company that is not MMO related. And strategy gamers will be content to return to the familiarity of Blizzard even though they might have expected something more daring after a ten year wait.

There are two ways of looking at the story of Starcraft 2. A minority will ignore it wholesale, focusing on the multiplayer matches and on getting as good as possible on a tactical level. Another minority will only actually play the new real time strategy title in order to get to the cutscenes and to the character development, in order to see how Jim Raynor deals with his demons and whether the Queen of Blades, formerly the red haired Terran Ghost Sarah Kerrigan, still has any humanity left deep inside her soul. The first game managed to create some strong characters even if it painted with a very broad brush and a lot of people still care and want answers. Most gamers will take the story as it is, marveling at the way Blizzard managed to get various interesting elements from a variety of sources and welt them together in a coherent universe. 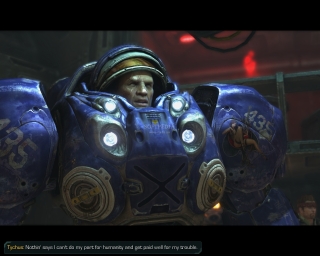 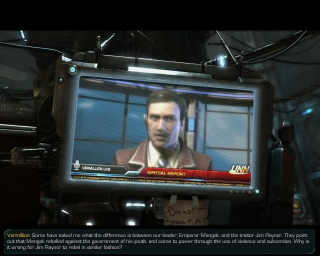 As the game starts Jim Raynor is still fighting the Terran Dominion when an old friend show up and the Zerg start coming out of their holes and assault settlements. The main forces of the Terrans pull back to the core worlds as, like in the first game, only militia and rebels are left to fight the rapidly evolving aliens. Zeratul makes a quick appearance and sets up a plot which, in predictable manner, will only be fully explained once Heart of the Swarm, the game built around the Zerg, and the Protoss narrative are launched, presumably in about two years. The feeling one gets is that something is missing, even if the single player is as long as it was in the original and the universe and supporting cast are better developed.

In some ways the gameplay of Starcraft 2: Wings of Liberty is as old school as possible. There are resources, two of them as in the original, that need to be gathered with the classic MCV units. There are buildings that need to be erected in order to get production capabilities, support military population and research upgrades for the units. There are military units, each with advantages and clear witnesses, that need to be assembled into a coherent force in order to defeat Protoss and Zerg forces. There are support troops that can enhance the abilities of the strike forces. Superior, balanced firepower has a tendency of winning the day. There are few surprises here and anyone who played a strategy title in the last ten years probably has an good idea what to do with Starcraft 2 from the minute the game is launched. 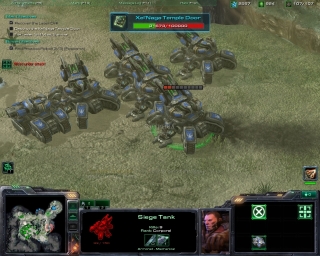 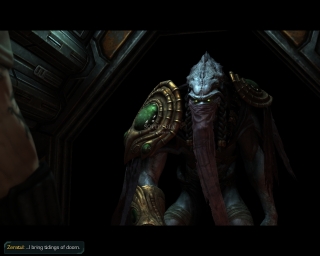 Blizzard throws in some twists but they are mostly on the periphery of the experience. The hub area of the Hyperion battlecruiser, looking much better than it did in the original game, contains four areas that have characters the player can talk to, objects that have a small backstory and two new ways to research upgrades for the forces the player controls. In the Armory area a Scottish sounding engineer who could just as well be named Scotty or be a dwarf allows the player to use money gained from missions to buy new abilities for both units and buildings, enabling a small amount of customization of a force that makes each campaign play through more unique to the player. In the Laboratory area research points obtained during missions for either the Protoss and the Zerg allow more powerful upgrades to be applied. It creates a rather weird situation where the way the Terrans developed is handled in three different areas of the game requiring changing quite a few screens to get everything done.

In addition to research and story related talk the various Hyperion areas allow the player to hire mercenaries, which are slightly upgraded forces that can be called down once a timer runs down, and to see his results in previous missions and even replay them. It’s all pretty and engaging but it does not alter the experience of playing the real time strategy element of Starcraft II, where quite a few missions are pretty much remakes of missions from the original game with small twists thrown in.

The single player element is complement by a Challenges system, with Blizzard saying that it is designed to prepare those who are focused on the single player missions for the way other gamer play online. The good things about the system is that it allows players to experience all the three sides and that it teaches them to think fast, adapt their strategy and micro manage their forces in the heat of battle. It’s unlikely that the Challenges will turn a single player focused gamer into a multiplayer fanatic but their inclusion, complete with achievements and replayability element, means that there’s more to enjoy in the single player section of Starcraft 2 than he narrative. 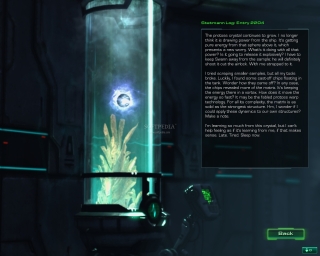 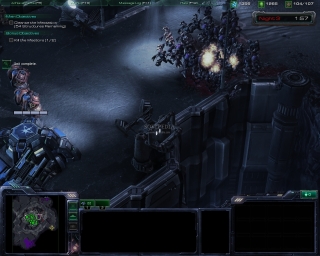 Starcraft 2 looks good but some players might be disappointed by how the perspectives work. The colors are impressive, bright and powerful even on the most desolate of planets. Even the Zerg units look like there are fun to create and use, despite their obvious evil nature. The game needs quite a bit of power to run everything on the highest settings but there’s definite beauty in the Starcraft II.

Blizzard is also very careful with the handling of details. The Terrans might be a bit too macho for some but every unit portrait is beautifully created and animated, every movement is fluid and natural. The designs of the buildings are pretty similar to those in the original strategy title but there are flourishes and add ons that really feel like a coherent universe.

One problem is the size of the user interface. It’s much too big for modern games, obscuring too much of the map, especially the areas to the center and the right that show the possible orders and the unit name and characteristics. The level of zoom is also a bit weird. I understand that Blizzard wants to keep the player close to action and so limits the level of outward zoom but I would have expected to be able to go lower, closer to the troops to see how Zerg and Protoss fall under the mighty weapons of the Terrans.

The audio is also beautiful, soaring when it needs to, depressing at times. I can hear influences from science fiction classics like Star Wars and from Western staples like The Good, the Bad and the Ugly but also sections that would feel right at home in Firefly. One disappointment is that the original voice actors are not back for Starcraft II, with the new Jim Raynor being especially annoying with his thick southern mannerisms. The background cast do a better job of conveying the essence of their characters but while Blizzard might be one of the undisputed masters of cinematic creations the company has some issues with the new adventure game like interactions that happen on the Hyperion, like allowing the same interaction to happen an infinite number of times.

I haven’t gotten around to playing too much multiplayer, with only a few Practice League matches under my belt at the moment. I’ve had a few wins and a couple of losses and I might feel confident enough in a few days to try the placement matches.

Battle.net seems to be doing a good job of actually taking players with roughly the same abilities and throwing them against each other. It’s pretty certain that as gamers put more and more time into Starcraft II a certain elite will raise to the top, those with a lot of time and the ambition to be the best online but Blizzard has taken the necessary steps to make it as easy as possible for the rest of those of us who love a bit of competitive play to get online and have a decent game without getting the feeling that we are too old or too slow to actually be a challenging opponent.

Starcraft 2: Wings of Liberty does not make an impact on the scale of the original. It’s extremely polished, it’s beautiful both in the cutscenes and during the stages but the only innovation happens on the edges of the experience.

I would have liked to see Blizzard be a bit ore ambitious and change the core mechanics a bit, maybe adding a cover mechanics or maybe making verticality more of an options when it comes to how battles can be approached. But as it is Starcraft 2: Wings of Liberty is a very good solid product that all real time strategy fans should pick up.