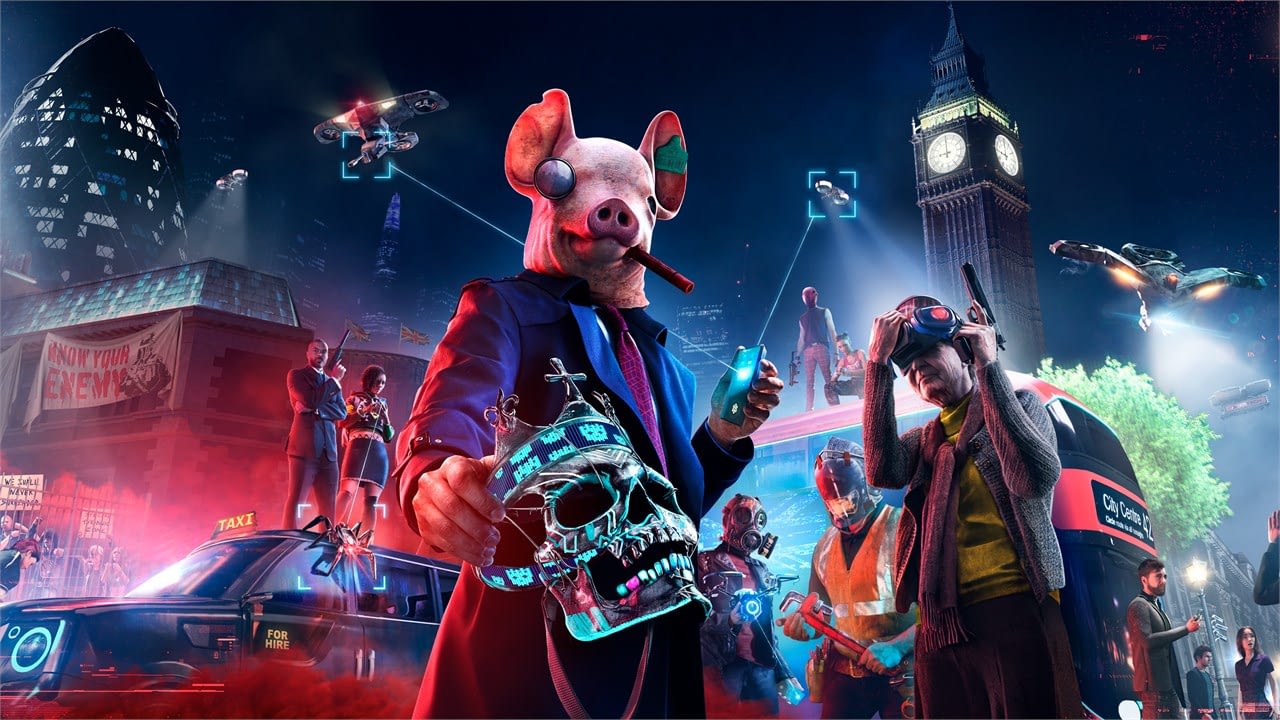 In 2014, Ubisoft released the first entry in what was hyped up to be their GTA competitor. Watch Dogs was a mixed bag, mostly because it underwhelmed after some incredible pre-release showings at E3. In 2016, Watch Dogs 2 released and it was far better at delivering on the true vision of the series. Now, in 2020, we have Watch Dogs: Legion… and we have taken a big step back.

Watch Dogs: Legion continues the story of rebellious hacker group, Dedsec. This time, however, they’re in a London which has become a total police state. After a catastrophic terrorist attack blamed on Dedsec, London has become occupied by a military police group known as Albion. Everywhere you look are drones, police brutality, checkpoints, and much more. It’s the dystopia we all fear.

A story without a protagonist

The premise for Watch Dogs: Legion is intriguing but it’s executed in a way that is difficult to engage with. It takes an incredibly long time for the story to actually heat up into something really interesting. For 3/5ths of the game (there’s 5 key storylines), it’s pretty cookie cutter. Sneak into restricted area, hack a thing, kill someone, escape. Sure, there are a few interesting missions tossed in here and there but it begins to feel very routine after a while. Eventually, the story actually begins to get properly intense. Actual consequences start to come to fruition, real threats emerge, but it takes so long to get there. 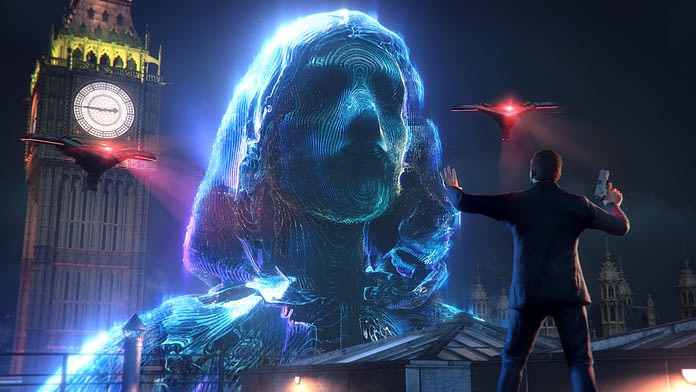 It doesn’t help that there’s no one to attach to throughout the lengthy campaign. Since the central idea of Watch Dogs: Legion is that you can play as anyone you find, there is no central protagonist. Not having someone to anchor your story or a character that has any real defining traits (beyond gameplay ones) makes it hard to care about what’s going on. There’s no emotional attachment, there’s no one to care about.

The motivation of simply defeating evil isn’t enough to make me want to willingly play through a game that’s dozens of hours long. Ubisoft is notorious for how big and long their games are, Watch Dogs: Legion is no exception to that. The oRnly engaging character is a Dedsec AI named Bagley. His only real trait is that he’s quite funny but he’s an AI, so obviously there’s not much more to it than that.

Ubisoft has a knack for creating incredibly noteworthy protagonists. Ezio, Sam Fisher, Edward Kenway, hell even Aiden Pearce made an impact. He might be a bit too “Sad Dad” for some people but at least he’s instantly recognizable. Watch Dogs: Legion has none of that and it’s noticeable. It doesn’t really make sense why Ubisoft decided their story heavy game would be better off this way.

An interesting mechanic that feels more like a gimmick 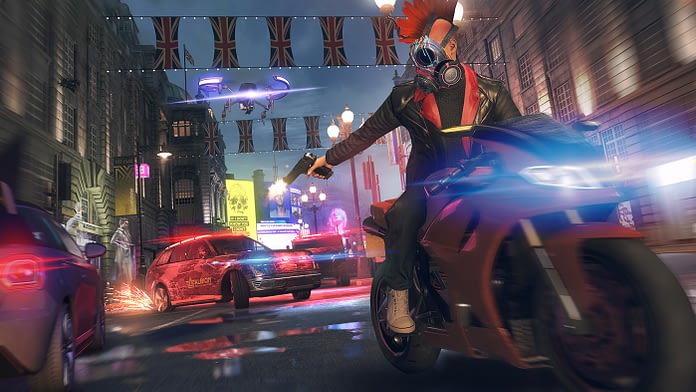 From a gameplay standpoint, Watch Dogs: Legion is yet again interesting but poorly executed. Even though the game revolves around you being able to be whoever you want, I rarely found myself venturing outside of 3 or 4 people. I had over 20 people in my team but found no reason to use most of them. It becomes easy to find characters to main once you liberate some districts, which grant you special characters like a spy or hitman.

There are a lot of unique abilities in the game but only a handful of them have the full skillsets you’ll want. I found a character who could escape chases by pulling out a broom and blending in by sweeping… but he couldn’t do anything else. He has no lethal weapons, no special tricks, his special talent is a broom. Sure, that sounds super useful but why would I ever end up in a pursuit with this guy if all he can do is sweep some dust on the ground?

It would be far more interesting if you could swap traits, weapons, and more after you’ve recruited someone. Once one person in your group has something, everyone can use it. This would probably eliminate the need to actually swap characters altogether but given I barely do it already, this would make things more fun and efficient.

Many characters in the game can not use guns. You have to find someone who already has a pistol or an assault rifle. No one else can use it besides that one character, though. If it was like a really unique weapon, this would be understandable but it can be the most basic pistol and they refuse to share. So, if your character doesn’t have a gun, they’ll use non-lethal tasers. 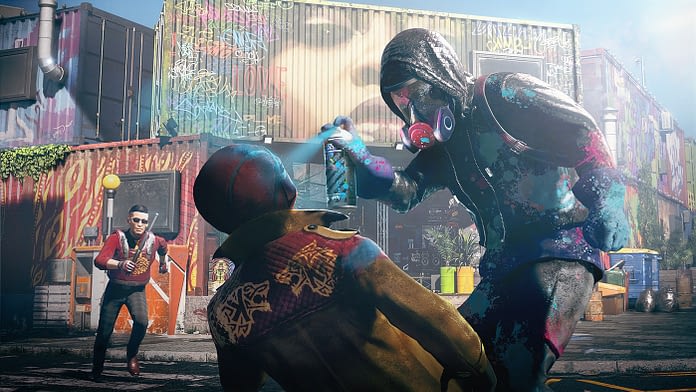 These tasers do operate like regular guns in terms of fire rate and range but they’re pretty weak. The tasers can be pistols, SMGs, and even shotguns but you’ll struggle to fight groups of enemies with them. I found myself emptying entire clips into a single person with the electric SMG without upgrading it. I’m not exaggerating, it would take an entire magazine to take down a single person. It’s the worst.

The illusion of creativity within missions

A lot of the reason behind swapping characters is so you can approach each scenario in unique ways. Ubisoft wants to make you feel smart and creative but in reality, it’s fairly linear. Every now and then, you hear stories of people doing something in a way the developer never intended but it works. In Watch Dogs: Legion, there isn’t much of that to be found. Your options are limited and if you get too creative, you might screw yourself over.

I once got on a drone, flew myself on a rooftop, and was going to climb down into a restricted courtyard. Only problem was that there was no way to climb down. Fair enough, I suppose but the drone I flew up there on… disappeared. I was stuck up there. My character was not meant to be up on this roof because he could barely comprehend how to walk on slightly sloped surfaces and acted like he’d never used his legs before. Thankfully, I fast traveled nearby and was on the ground but it just felt like I had wasted my time. 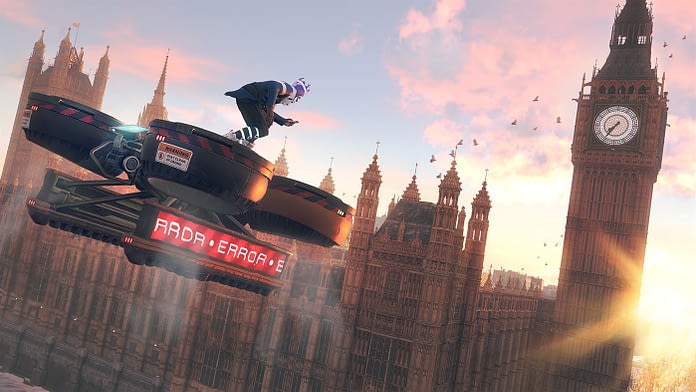 Ubisoft has constructed the game in such a way that a lot of objectives can only be completed through very specific ways. There may be a few different ways to approach it but it’s not freeing and is often frustrating in how little agency there seems to be.

Even the basics feel incredibly half-baked. Driving a car in a Ubisoft game, especially this one, feels like a child pushing a Hot Wheels car across the floor. It’s not very responsive and cars just handle in ways that feel really awkward.

Gunplay is mildly better, though it doesn’t have the longevity it needs for the entire game. As noted, it really suffers when using non-lethal weapons. You might as well just run away at that point because they won’t do you a ton of favors. 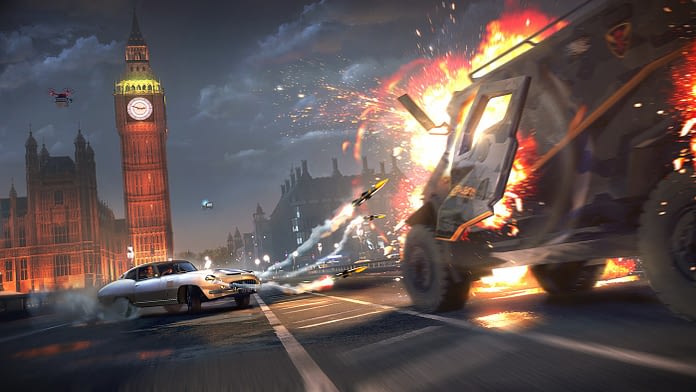 Melee combat is pretty mediocre and I sorely miss the days of Aiden’s baton. While you can have melee weapons still, the actual hand to hand combat is really bad. It’s a lot of just waiting for someone to hit you so you can counter and deliver a big blow, otherwise they block most of your hits. There is a button that’s supposed to break blocks but it rarely ever works.

Watch Dogs: Legion also has quite a bit of jank. Characters behave abnormally, walking into walls, jumping over ledges for no reason, and more. Vehicles will occasionally spaz out. You’ll drive slightly too far out into the water on a boat and then, before the game can warn you to turn back, it puts you in a long loading screen and teleports you back to shore without your boat. Sometimes your character won’t jump over or take cover behind normal, waist-high walls. The list goes on, it’s not so much buggy as just unrefined or unpolished.

Ubisoft has promised at least two patches in the coming weeks but I have no idea what they fix exactly.

While it has its moments, Watch Dogs: Legion doesn’t have enough to compete with other major fall titles. The gameplay is too repetitive and too restrictive to allow for anything tremendously exciting over a long period of time. It’s a game that shows all of its tricks within the first few hours and leaves you with nothing but jank for the remainder of your playthrough.

There’s something about Watch Dogs: Legion that makes it feel like a spin-off. This doesn’t feel like Watch Dogs 3 and maybe it’s not supposed to be. It feels like something far more experimental but not necessarily for the better.

Watch Dogs: Legion review – The best game yet in the hacker franchise