My life for Aiur

When I last left StarCraft II: Legacy of the Void, I had completed most of the story. Having now played it all, I’ve walked away satisfied, not only from this expansion, but from the series as a whole.

Decades after its inception, Blizzard is still at the top of its class in terms of cinematic storytelling, and the new game modes don’t hurt the appeal of the overall package in the slightest. 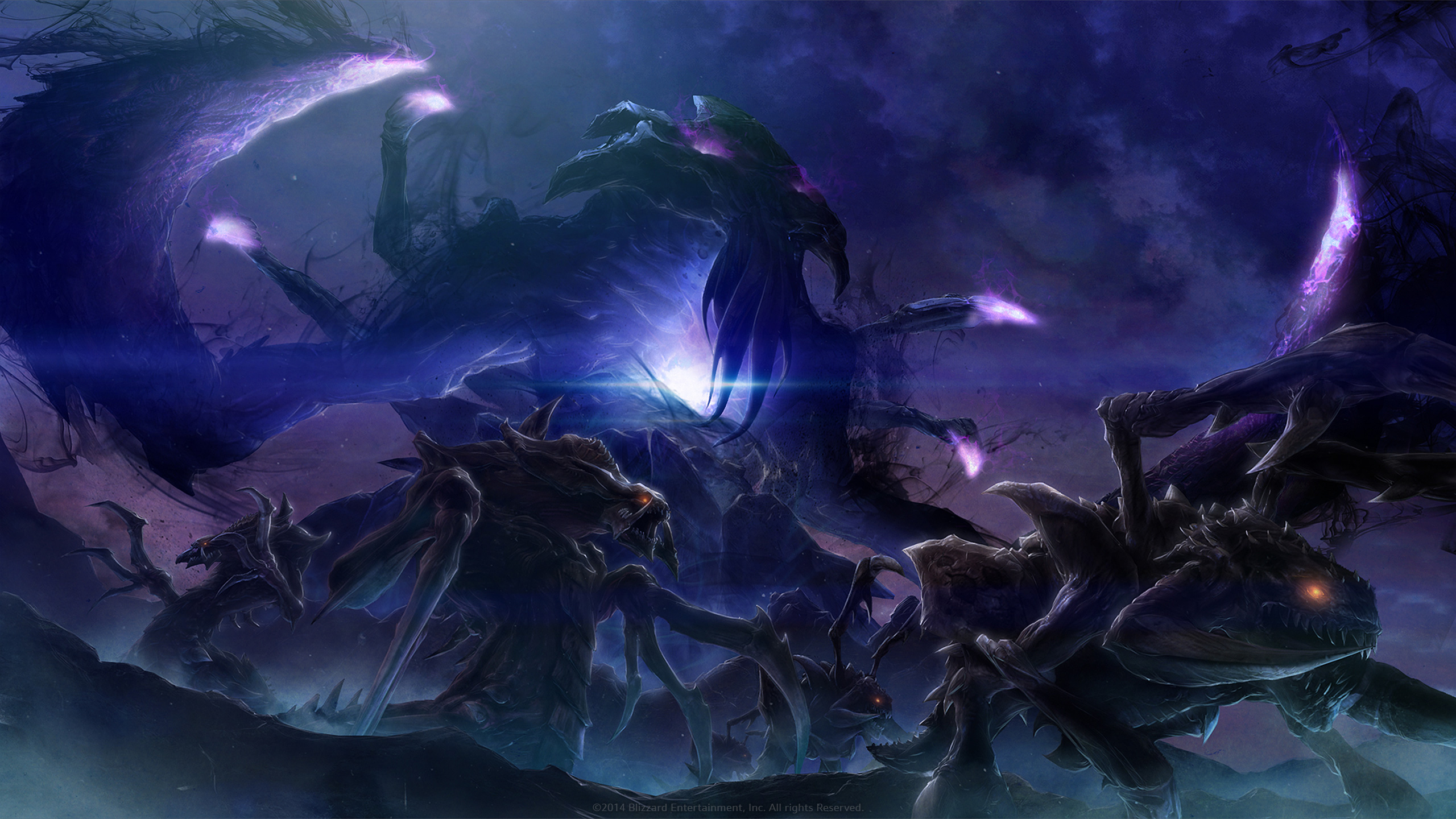 The rest of the story missions are on par with the initial set, as players delve deeper into the story of the Protoss and their attempt to reclaim their homeworld and save the galaxy. I was surprised, though, to see that the narrative not only seeks to wrap up the fate of Auir and the Protoss race, but the rest of the core cast as well. Call it cheesy, but Blizzard actually wraps up things nicely here, and doesn’t leave fans wanting. Yes, there will be Ghost missions as DLC down the line, but the story of StarCraft truly feels complete, partially due to the assistance of a tri-mission epilogue.

That’s not to say that things are executed flawlessly, of course. There are still some odd storylines, weird choices from characters, and absolutely ridiculous phrases uttered throughout. But all told, things are far more focused. The camera is off the struggle of Raynor and Kerrigan’s relationship, and more on the survival of the entire galaxy. I fully expect a lot of fans to dislike the finale for various reasons we’ll be discussing for years on end once people have had a chance to finish it.

Elements of customization also appear like never before in the series, with the power to change up your home ship (The Spear of Adun), and the heroes themselves. These are augmented by sidequests, which actively encourages players to reach out and do everything there is to do in each mission. While a few levels did tend to blend together (craft a base and army, and smash into another one), the story and carried progress keep things going, and I didn’t find myself getting bored like I did with Wings of Liberty.

Co-op allows you to select between six heroes (Raynor, Kerrigan, Artanis, Swann, Zagara, and Vorazun), all of whom carry over their experience to subsequent playthroughs. It’s a lot like Heroes of the Storm in a way, where you can work your way toward new bonuses, level-ups, and upgrades over time with each character. Objectives include tasks like destroying vehicles or other units, and are rather menial in nature. It’s important to note though that you don’t play as these heroes — they just provided bonuses and alter the style of your army. Also, leveling up allows you to access some of the more advanced units, like the Terran Battlecruiser.

There’s matchmaking support, and given the simplicity of the mode, it works well even with random players. Although I would have preferred a full-on mode with playable heroes, co-op really does the trick, and I wish it had been implemented sooner. I had a blast getting to know other players I was matched up with, trading strategies, and just talking about the game. It’s a relaxed mode that will scratch that itch if you find yourself plummeting on the ladder, or failing in the new tournament system.

So how is multiplayer? Relatively the same, with the addition of two new units per army. Actually, I should say the gameplay is the same, but the added bonus of all of these units seeks to change up the meta considerably. The return of the Lurkers for the Zerg is a standout unit, and memories of Brood War came rushing back within seconds. The Disruptor is probably the most unique unit in Void, as it shoots a ball of pure energy that can hit both friends and foes. While casting, it’s immobile and vulnerable, so players will have to treat it as a priority target. The thing oozes Protoss inside and out. 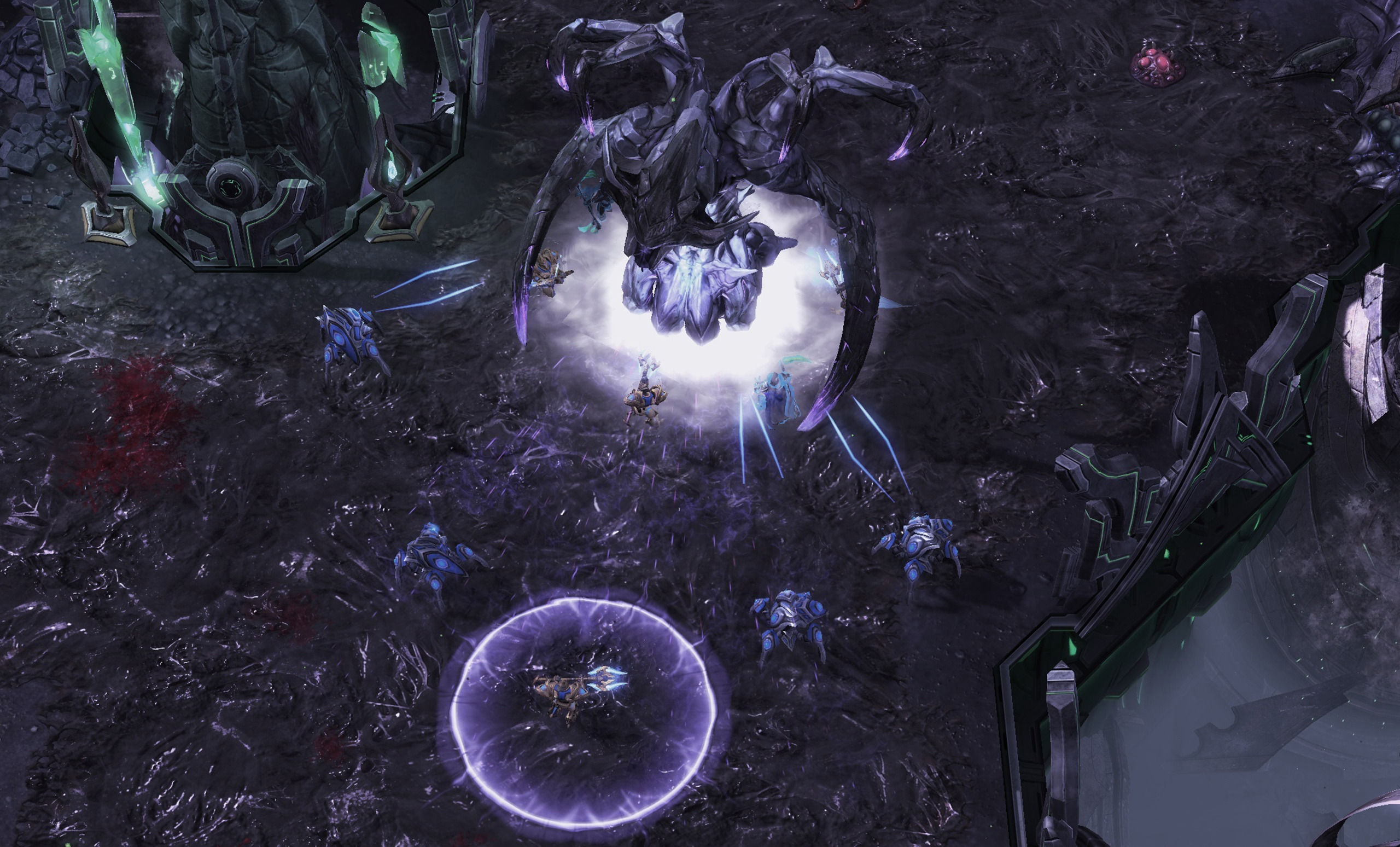 As for the other units, the Liberator is basically like an aerial Siege Tank, the Cyclone is an early-game harassment vehicle, the Adept not only looks badass but it also teleports around like a more mobile late-game Zealot option, and Ravagers are like mobile artillery, eating through force fields. As you can clearly see, all of them bring something new to the table and are welcome in their own right. The meta will no doubt drastically shift in the months to come, but as of now, I’m having the same amount of fun online as I always have.

Archon Mode is another welcome addition, and while I can see people skipping out on it entirely, it will likely draw in a niche crowd. The gist is that two people will control one base, which can lead to some interesting playstyles, like one player micromanaging air units while the other hits foes from the ground. Where its potential really lies is a tool for teaching, so friends can walk newcomers through the basics of base building and combat.

If you’re invested in StarCraft II‘s story already, you likely won’t be disappointed by Legacy of the Void‘s tale. If you haven’t played any form of StarCraft II yet and are intrigued by the prospect of another RTS, this is probably the strongest the game has ever been. It’s a perfect time to jump in.

[This review is based on a retail build of the game provided by the publisher.]

Starcraft II: Legacy of the Void reviewed by Chris Carter

A hallmark of excellence. There may be flaws, but they are negligible and won’t cause massive damage.
How we score:  The Destructoid reviews guide

Why Is StarCraft II Not Dead Yet When So Many Others Are?