I think by this point it’s fair to say that StarCraft has a devout following. It was definitely there in a time when online multiplayer was finding its feet. In particular as far as strategy gaming goes StarCraft really made a difference and stood out from the competition. Personally I’m more of a MOBA person when it comes to competitive multiplayer but there’s no denying StarCraft’s place among the greats that helped shape a genre.

For those in the know the events of the latest, and final, expansion for StarCraft II take on some of the most important plot elements in the StarCraft universe. It’s a grand plot that wastes no time telling the largest scale, highest stakes story so far. A vast majority of the story is creatively told through gameplay rather than a few cut scenes injected between every second mission or so. That being said there are moments that fall beneath the standards fans will expect. It’s not in the gameplay or presentation but at times the writing is quite nasty.

It wouldn’t be fair to say the entirety of the writing is bad but there are definitely some low points that stand out. The voice acting is well delivered at least and the soundtrack delivers what the rest misses out. In game graphics are surprisingly good considering their age too although it’s about time there was an overhaul in my opinion as the audio far outperforms the visuals by todays standards. StarCraft doesn’t look bad but it’s definitely showing its age. The involved plot and complex lore-heavy dialogue can become a bit of a drag at times. 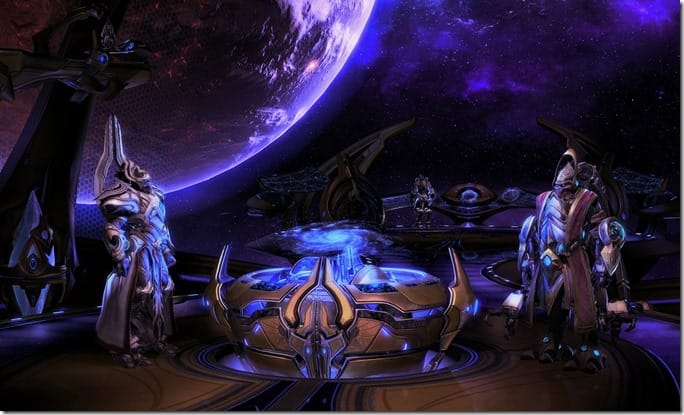 Far more important than the presentation of the campaign is the gameplay. And as you might expect Legacy of the Void delivers. Single player is an amazing balance of fixed unit missions and base-creation skirmish style objectives. I genuinely loved every mission and found a nice balance of challenge, strategy and fun. I’ll be the first to admit I haven’t played StarCraft as much as some other strategy games but I am a huge RTS fan. Often campaigns are dull or not as interesting as skirmish gameplay but Legacy of the Void managed to impress me and keep me entertained. Those looking forward to the next story to be told should be well served by the campaign of Legacy of the Void.

Alongside the expanded single player experience cooperative play made a striking impression with me. I admit that I’m much more of a co-op person anyway but in an RTS as good as StarCraft it was one of my favourite shared gaming moments ever. Just like the campaign there are a set of incredibly well designed missions that will have you and a friend not only working together but far more crucially feeling like you need to in order to succeed. Co-operative play is not strictly a cornerstone of strategy titles but I was always fond of a comp-stomp back in the day and it was nice to get some of that magic back.

PvP multiplayer is the same as it ever has been for the franchise. It can be soul destroying, punishing, satisfying and rewarding all in the same round. It’s fast and not for the weak or timid. It’s definitely been left the same in all the right places. Those coming back for more competitive online play shouldn’t be disappointed. StarCraft II has already made it’s point when it comes to PvP and Blizzard have carefully left the experience largely untouched from previous titles. It’s still not the game mode for me and Legacy of the Void does far more to entertain me away from PvP than it does to make PvP an appealing and accessible experience. Legacy of the Void finds the best balance realistically and tries to evolve gameplay if possible but there is definite respect shown to the hardcore PvP players.

Some of this valiant determination to stick with what the game has already achieved spills over into some areas that could do with some updating by now. New units are a perfect example with most offering very little function and none strong or significant enough to noticeably alter your army creation. I could be speaking from ignorance on this one but I’m certainly experienced when it comes to strategy and a lot of units seem largely unnecessary. There’s some cool new stuff that’s artistically well designed but it doesn’t seem significant enough, especially considering the other new features of Legacy of the Void. 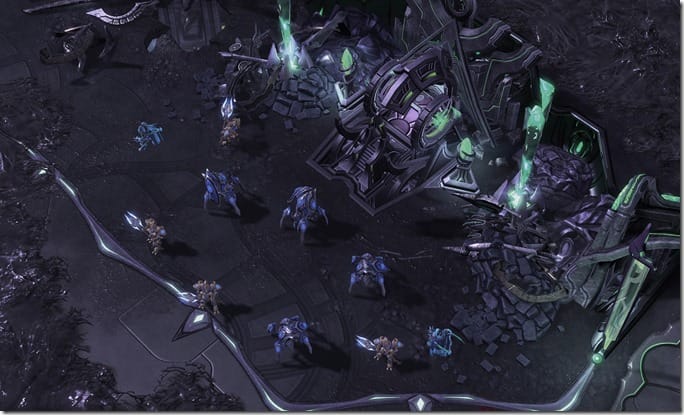 For players looking for primarily AI and co-op RTS gameplay Legacy of the Void is superb. It’s easily the best fun I’ve had with StarCraft. The campaign dialogue is heavy going but well acted and the overall presentation is excellent, especially considering SCII’s age. The new units are more cool than functionally and are thus much better to enjoy in a skirmish with or without friends. Taking the new units to PvP is a pretty bad plan and doesn’t often work as well as using old army builds.

Generally speaking PvP is left untouched and there are some nice new toys and features for the rest of us to play with. Legacy of the Void definitely opens up the potential audience for SCII and appeals to me far more than it has before. It’s good to see that Blizzard haven’t just ignored everything they’ve built up in exchange for a new expansion pack but something added on top of the existing PvP to drag me in would have been nice. Luckily a host of PvE and AI features and missions, new units and some top notch presentation are more than enough to keep me happy.