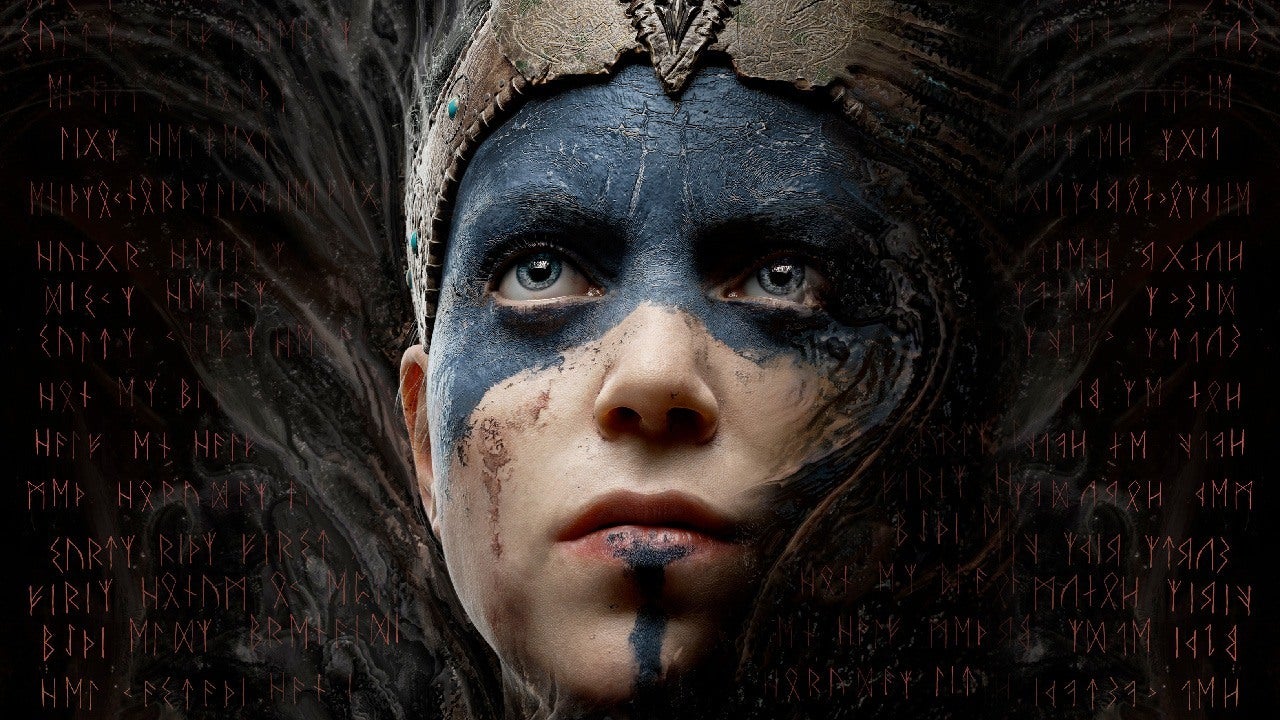 And in truth, you never really are alone in Hellblade, for better or worse. These voices speak directly to Senua, each other, and perhaps even to you. They impart advice, they argue about her actions, they tear her down and pick her up at the best and most inopportune times. This fact, coupled with the excellent original score, the never-faltering voice work, and the ambient sounds both real and imagined make for an audial experience that’s as vivid and liberal as anything that happens before your eyes.

Visually Hellblade is a gorgeous game to take in – sun-soaked rocky beaches, vividly distorted streaks of color and light, and deep darkness that strangles the screen, there’s a variety of hues, saturation, and exposures that convey meaning in most areas. This variety is further improved when playing on the PS4 Pro, which makes use of an “enhanced resolution” or a smoother, more immersive 60 frames-per-second.And while Ninja Theory is no stranger to including full-motion video in the past (Enslaved’s use of Andy Serkis comes to mind), Hellblade’s use takes it to another degree by splicing in real footage of secondary characters’ performances through a heavily distorted filter that creates impactful scenes between real and animated characters without feeling out of place. I was consistently, pleasantly surprised by the number of ways Ninja Theory was able to present these moments, all without breaking the immersion of the world and story.

Its incredibly smart use of audio and visual distortion and trickery to convey the frightening effects of psychosis, hallucinations, and delusion, are married with the gameplay elements for an experience that rarely ever grapples over whether it’s a game or a story.

Hellblade revolves around Senua’s perception of her environment, drawing connections between her beliefs and the geometry of the world.

For example, there’s no HUD in Hellblade – yet that chorus of voices shout panicked advice at Senua in the heat of battle. “Behind you!” one of them screams seconds before an enemy stabs at Senua’s back. There’s no combat tutorial either. Your first moments of do-or-die battle begin without warning. There’s no objective markers or mini map, which are only occasionally frustrating when backtracking to look for the collectible lorestones scattered throughout the world. Hellblade is a game that you’re not supposed to trust, because what you see, or hear, or feel, is rarely truthful. And because of that there are moments of terrifying tension that gave me an amount of anxiety and panic that’s borderline uncomfortable.

For example, in one section I guided Senua through a pitch-black area filled with shapeless hair-raising creatures that would lunge out when she got too close. These moments evoke the vibes of a horror game that are sparse enough to be shocking when I haplessly wandered into them, but effective enough that I worried for Senua’s safety with that ever-present nagging of permanent death.Yet most of Hellblade revolves around Senua’s perception of her environment, drawing connections between her beliefs and the geometry of the world. You’ll scour each area, lining up beams, or trees, so the shapes of the world around her take on significance and unlock the next door that blocks her progression. As new puzzle elements are slowly added – like fractured walkways and doors that require a precise viewing angle to be reassembled, or portals that force you to enter entirely different versions of the world – these puzzles take on new layers of depth, and meaning.

These moments are profoundly rewarding when you uncover something new.

And many of these moments are profoundly rewarding when you uncover something new – like a hidden path that can only been seen through a specific portal – because they’re reinforced by the story that’s made all this impossibility plausible.

Surprisingly, combat in Hellblade is more of a palate cleanser than a core element. It punctuates the story with wave-based enemies that block progress until defeated, making use of Senua’s light attack, heavy attack, parry, dodge, and charge. Though these moves do combine together to create a varied enough skill set when facing the same half-dozen enemy types, progression feels stunted since new abilities only slightly modify the core of the combat, rather than redefine it.The simple nature of the combat design struck me as obligatory for the sake of interactivity – giving you another way to interact with the world outside of perception – coupled with the fact a warrior should be defined by battle. But there were only a few fights where large groups of enemies were thrown at me that I ever felt threatened and it’s only near the end of the journey when enemy numbers and difficulty spike unexpectedly that the combat depth eventually becomes more than the sum of its parts.

And yet, like most of Hellblade, combat is still a tense experience knowing that dying too many times (in or out of combat) will cause your save to be deleted and you’ll be forced to start from the beginning. While that might sound draconian in execution, its tie-ins to the story are concrete, reinforcing a system where failure carries meaning rather than simply acting like a gimmick to artificially inflate difficulty. And though I don’t think I ever got close to having my save data destroyed, every time I got close to dying carried much more weight and impact with this knowledge.

Everything we know about Vampire: The Masquerade—Bloodlines 2