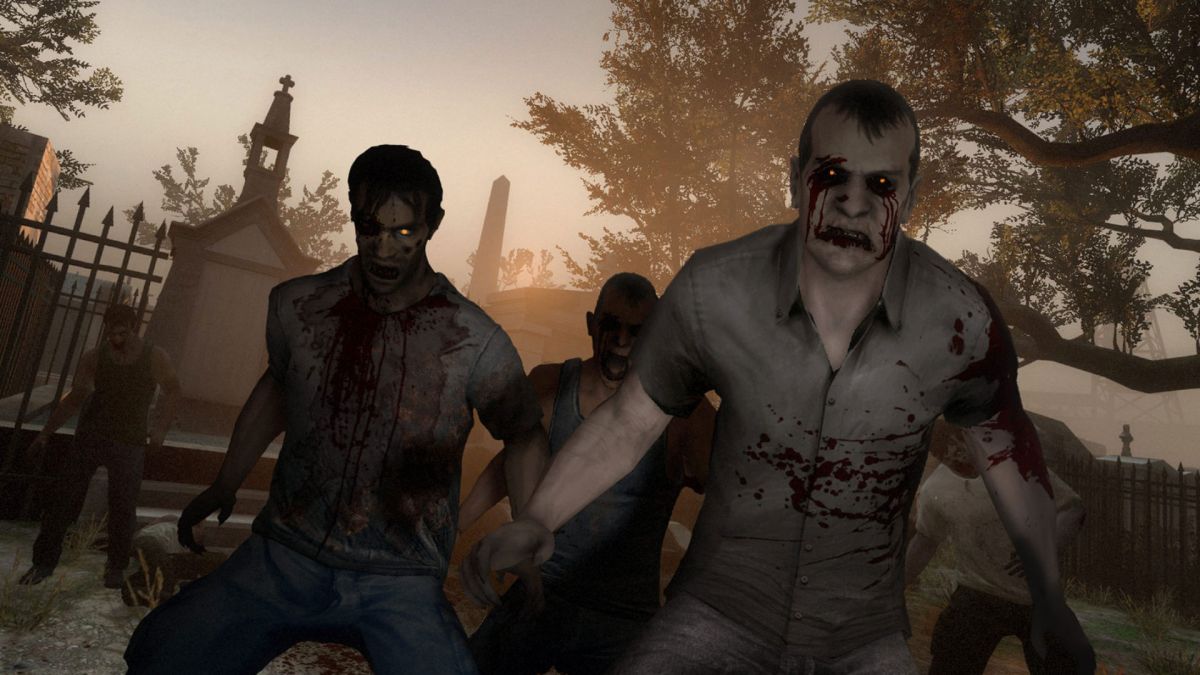 Ever since Left 4 Dead 2 was released back in 2009, fans of the co-op zombie shoot-em-up fest have been hoping for more, and happily the studio behind it have finally answered our prayers with the announcement of a spiritual successor to the series, Back 4 Blood. Turtle Rock Studios and Warner Bros. Interactive Entertainment officially revealed Back 4 Blood just a short while ago in March, and Left 4 Dead fans everywhere felt their zombie killing hearts soar. As a spiritual successor to Left 4 Dead rather than a sequel, Turtle Rock have said it is an entirely new IP that will be a “co-op zombie FPS” of a similar vein. So while it’s not actually Left 4 Dead 3, it’ll have a lot of familiar elements.

In an FAQ post about Back 4 Blood, the community manager answered a series of questions about the title, but a lot of information has yet to be revealed. What we do know is that it be a “premium AAA title” that will utilise everything the studio has learnt from developing previous games such as Left 4 Dead and Evolve: “We are going back to our roots and at the same time innovating on them. We know we have some big shoes to fill, but we’re going all out to surpass everything we’ve done before.” Back 4 Blood is being made in Unreal Engine 4, and given how far game development has come since we saw Left 4 Dead 2, it’ll be exciting to see how the next-gen zombie fest from the studio will turn out.

Below you find all the information you need to know about Turtle Rock’s exciting new IP, including which platforms it will be on, when it could potentially be released, and much more.

The Back 4 Blood release date hasn’t been announced, but it might not be so far off

On Turtle Rock’s Discord channel, fans were speculating about what stage in development the game is currently at, and the community manager responded by saying, “we’ve said a couple times already that we play the game everyday”. If it’s at a playable stage already, the release of the zombie FPS might not be so far off, but it is common practice to test out the game and rework it throughout the development process. The first whiff of news that surfaced came in the form of a job listing back in June last year for a new “action title”. Since we don’t know how long it’s been in development for, it’s impossible to accurately guess, but it’s not so outlandish to bank on a release in the latter part of next year. Still, since a lot of details about Back 4 Blood are being kept close to the studio’s chest, and Turtle Rock have described it as a “hugely ambitious project”, we’re likely to be in for a bit of a wait yet. Only time will tell.

The first Back 4 Blood trailer has yet to surface

So far we haven’t seen a trace of concept art or a Back 4 Blood trailer, and given that it was only announced a short while ago, it’s difficult to say if we’ll be getting a glimpse of Back 4 Blood anytime soon. Of course, it’s not out of the question that we may see something in the near future – especially given that big gaming events are on the horizon. The studio has also promised to deliver more news very soon, so our first look at the multiplayer FPS could be right around the corner.

Back 4 Blood will be on PC, Xbox One, and PS4, but it could come to Switch too

In the FAQ, the studio confirmed Back 4 Blood is set to hit PC, Xbox One, and PS4 upon release. But folk hoping to pick it up on their Switch shouldn’t feel too disappointed just yet.  After confirming which platforms it will be hitting, the FAQ also states that: “more possibilities aren’t out of the question.” So it’s very possible that a Switch version hasn’t been written off yet.

As a spiritual successor to Left 4 Dead, Back 4 Blood will still see you shooting up a lot zombies, but it also promises to build on that with lots of new features that will set the new IP apart. In the FAQ the community manager wrote: “you’ll be able to shoot up a lot of zombies like in Left 4 Dead, but there’s a whole lot of new stuff in Back 4 Blood which makes it unique”. The studio is still keeping very quiet about these new features, but it has confirmed it will not be a battle royale game and will include PVP and a campaign.

Left 4 Dead included several different modes, like Survival, Scavenge and the competitive mode Versus. On April 1, Turtle Rock tweeted out a picture with a white board that had all sorts of silly game-play features and said “only one of these things is confirmed” in Back 4 Blood. You can just make out that playable “mutations” zombies is listed with a tick beside it, and it later appeared on the FAQ. Mutations were essentially modified playable modes, so it’ll be interesting to see what’s on offer.

Warner Bros. Interactive Entertainment president David Haddad spoke about the multiplayer FPS in a news release in March, saying that the publisher is excited to “create a new gaming universe build specifically with the large co-op Zombie shooter community in mind.” Since it’s not a sequel, it was a given that’d it make a departure away from setting in the Left 4 Dead games. But we can’t but wonder how far it’ll stray from the settings in America and it if will include any subtle nods or easter eggs to Left 4 Dead.

Microtransactions have become more of a concern for players when it comes to the release of a new multiplayer game. As such, Turtle Rock did make mention of the topic in its FAQ, saying there could be additional paid for content after release, but it’s currently focusing on the base game before thinking ahead to any sort of DLC: “Right now, we’re focusing on making the best, most fun and exciting game we can. We’ll figure out the post-launch stuff later, but if we do have paid post-launch content, like microtransactions, we want to do something that the community feels good about.”

Until we actually get Back 4 Blood, why not check out our pick of the best zombie games out there right now…

StarCraft: The Board Game

Cyberpunk 2077 review: A strong contender for best game ever made