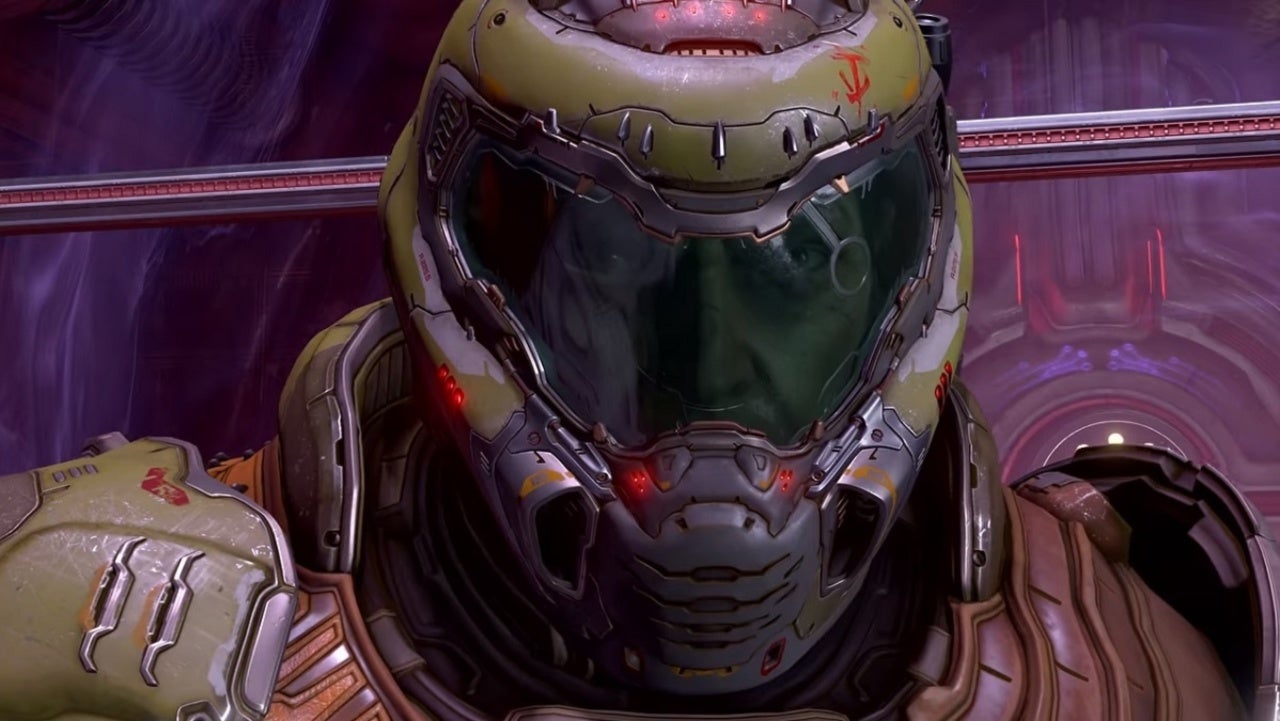 Given how well DOOM Eternal was received when it launched it feels like it didn’t really need to venture into DLC territory at all. Emerging as one of the best shooters of the current generation is already well within stop-while-you’re-ahead territory, and any attempt to build on that could easily sour someone’s memory of the overall package even if they adored the base game. We thankfully don’t have to worry about that with The Ancient Gods – Part One because even though it could’ve been a bit longer, it’s got only great things in store for people who want to slay some demons and maybe pursue some narrative threads in the process.

One of the best parts of The Ancient Gods – Part One is how it begins. It’s its own save slot separate from the campaign and continues the main story which means there’s no risk of it being shoehorned into the story somewhere for players to revisit. Demons have turned their attention to more than just Earth while the Doom Slayer kept his focus on Hell’s denizens regardless of their location. His hunt for total eradication takes him to realms unvisited which translates to some brilliant new playgrounds for players to tear through.

Chances are you’ve taken a break from DOOM Eternal since its launch though, so before you get back into the groove, there’s an aggressive relearning curve to conquer first. DOOM Eternal’s DLC pretends players never took a break and tossed them right back into the fight against late-game enemies who pull no punches. Reflexes return quickly though, so it shouldn’t be too long before you’re able to bump the difficulty back up to where you had it pre-DLC.

There are only three chapters in the first DLC which won’t sound like a lot, but the diverse locales you’ll visit from oil rigs to swamps to heavenly horrors do wonders to expand the scope of The Ancient Gods – Part One. Arenas visited in these chapters present players with different challenges like limited verticality, environmental hazards, and puzzles to be solved. Codex pages and other collectibles of course litter the areas again to entice players off their paths of rampage, an invitation I was happy to accept in return for more challenges and trophies.

If there’s one thing I could’ve done without though, it’s the underwater portions of the DLC. Whether you’re under just water or some other hazardous material, the moments you’re exploring in that manner bring the momentum to a halt. Players get enough of a break between battles where they can catch their breath and both the main game and the DLC have shown engaging puzzles can exist outside of the water, so if there are no more watery sections in Part Two of the DLC, you won’t hear any complaints here.

Water woes aside, the new demon types in the DLC are certainly something id Software should expand on in the follow-up. Spirits that possess and empower demons and powerhouse Blood Makyrs that only have one vulnerability are superb examples of ways the DLC expands the demonic encyclopedia through unique obstacles. DOOM Eternal was already a master of layering learnings on top of one another until players react instinctively to their surroundings, and the DLC takes that even further.

The DLC feels short looking back on it, but perhaps that’s a good thing here. I mentioned in the base game’s review that playing on harder difficulties like Nightmare cause the story to take a back seat, and while that’s still true in The Ancient Gods – Part One, it’s not as noticeable when there’s less of a narrative to digest. I felt more invested in the DLC’s story and looked to supplement it with additional background on the characters and events when I didn’t feel like I was being ferried from one battle to another.

It’s hard to say if the DLC wouldn’t have been as satisfying if it’d come out later than it did, but releasing a few months after the base game isn’t a bad timeframe at all. There’s no telling when Part Two will release, but The Ancient Gods – Part One has shown that the conclusion of this chapter is one worth looking forward to.

DOOM Eternal: The Ancient Gods – Part One was reviewed on a PlayStation 4 Pro with a DLC code provided by the publisher.

StarCraft II: Legacy of the Void