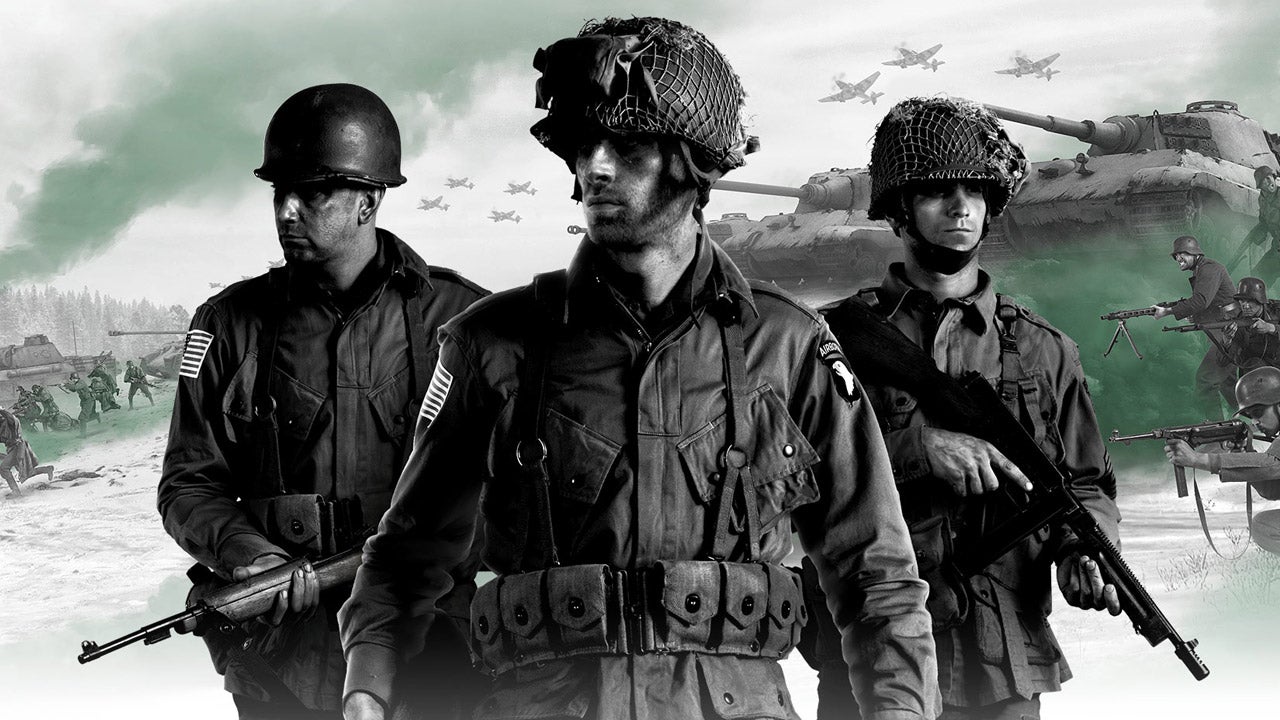 Captain Johnny Vastano berated me in the after-mission report following a botched paratrooper drop behind German lines. Two squads of his boys—our boys—were gunned down before I realized my mistake. And even though Johnny was only a static portrait on the campaign map, it really made me feel like a piece of garbage. Far from the teeth-gritting misanthropy of the original Soviet campaign in Company of Heroes 2, Ardennes Assault’s real-time strategy retelling of the Battle of the Bulge made me regret every drop of American blood spilled—emotionally and mechanically.

Taking a cue from some of Relic’s best single-player experiences in the Warhammer 40K: Dawn of War franchise, this stand-alone expansion features an open-ended campaign map on which I was charged with pushing the Third Reich out of the greater Belgium area. My left, right, and… other left hands in this endeavour are three persistent companies that can move, engage enemies, take casualties, and be upgraded independently. Each has its own interesting units and abilities, and a voiced commander with context-sensitive dialogue and a unique personality and backstory that helps make them feel like real people I didn’t want to get killed.

Kurt Derby of the Support Company is a veteran of the first World War who continuously laments the plight of the “kids” under his command. Making smart use of assault engineers and fixed emplacements, Derby’s boys were my go-to workhorses for any mission where I just needed to hold the damn line. Bill Edwards is a third-generation soldier with equal doses of optimism and idealism, leading the extremely mobile and aggressive Mechanized Infantry. They quickly became my favorite company, able to quickly deploy a lot of versatile firepower anywhere on the map, and capture multiple control points before the enemy could react.

And then there’s Johnny Vastano. Thrust into command after the death of his superior, he isn’t exactly what I would call “management material.” Leading the Airborne, notable for their ability to drop behind enemy lines and call in heavy air support, he has a very, “War sucks, what am I doing here?” outlook on our situation. While any of my commanders would wax melancholic about missions in which we took too many casualties, it was Vastano’s almost unhinged, cuss-spattered rants that made me feel the worst. Well, that and the fact that every squad I lost brought me one step closer to outright losing the campaign.

Each company gains veterancy for completing missions, and upgrading its ability trees let me customize them in interesting ways. But each was also limited by a manpower pool, which became shallower with every casualty sustained in combat. When it gets low enough, the company is disbanded outright on the campaign map, and losing all three means restarting the campaign. That wasn’t explained clearly up front, so it was a bit jarring when I found out the hard way. Combine that with the one available save file, which autosaves after each mission, and you’ve effectively got a mandatory iron man mode that can’t be turned off. My first foray into Ardennes Assault ended with a frustrated whimper when I realized I was completely screwed, three missions from the final battle, because I wasn’t careful enough with my manpower more than 10 hours ago. This isn’t necessarily a bad thing. I can take some grief when the missions are as fun and varied as they are. But it was a shock to the system.Aside from the brutal failure mechanic and inability to create multiple saves, the campaign is very well designed. Strategic decisions on the map I made between skirmishes were just as important as the tactical ones I made in the smoldering streets of Bastogne. I was constantly weighing the pros and cons of deploying behind enemy lines, at the cost of manpower, to cut off the Wehrmacht’s ability to fall back and regroup. Leaving a path of retreat could allow them to join up with their allies in a nearby province, increasing their strength. I found that reading objectives carefully and selecting a company based on each engagement was critical; the infantry-heavy Airborne was a poor choice for facing off against heavy Tiger tanks, and the Support crew didn’t excel at any objective that called for lightning-fast aggression.

The missions themselves are an even mix of flavorful, handcrafted historical scenarios and standard, Company of Heroes staple “capture the control points and deplete the enemy tickets” skirmishes. This latter style is subject to random (sometimes frustrating) modifiers, such as only getting credit for kills made with vehicles, that change every time you run the campaign. All missions will also be modified by the relative enemy strength on the campaign map, which means that a straight push without cutting off retreat paths would leave all the remaining Germans bunched up in one corner of the map, where my work in dislodging them would be really cut out for me. When I did have to start again, I appreciated the variety this dynamic setup created.

Cyberpunk 2077 review: A strong contender for best game ever made